Chris Wallace denies reports that he told the President to show more ’emotion’ before his interview.

Brooklyn Congressman Ed Towns is off to quite the start with some offbeat worries.

Obama says multi-million dollar packages must be reined in to restore trust in the financial system.

Great interview with Michael Dukakis at The Infrastructurist 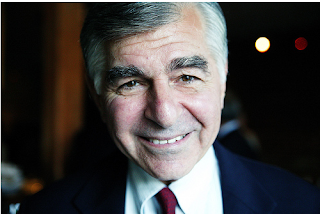 Jebediah Reed posted an interview with Mike Dukakis (“Duke’s Place: Michael Dukakis on How to Fix America”) on how Obama is doing on rebuilding the infrastructure of the U.S. and what he would do. Here’s a clip:

There’s a lot of grumbling from progressives that Obama is wasting an opportunity with the stimulus by trying to appease Republicans in the House and Senate. As a Democrat, do you think he’s setting himself up as too much of a compromiser?

In announcing executive pay limits, President Obama is trying to hold the financial industry accountable to taxpayers while aiming to change an entrenched corporate culture.

On the White House: Obama Woos G.O.P. With Attention, and Cookies

President Obama hopes to change the shrill tone of Washington by opening his doors to the Republicans.

The myth surrounding President Barack Obama is disappearing faster than Rod Blagojevich’s political career. The great reformer is caught up in mounting questions about his actions. The agent of change is turning out to be more of the same.

"I screwed up," Obama said repeatedly after two top nominees withdrew their names from consideration, saying they wanted to avoid becoming distractions for the president as he seeks to move ahead with an ambitious agenda. "I’m frustrated with myself, with our team."