Wayne Pacelle: Back from the Brink in Missouri: Prop B to Bring End to Puppy Mill Cruelty

I feel a deep sense of relief today, with victory on the puppy mill ballot measure in Missouri behind us. As the votes from rural counties were being posted on the state’s official website, Prop B fell behind, and badly so. At one point, we were trailing by 200,000 votes, and we hadn’t even gained the 40 percent mark. The mood in the auditorium at the Humane Society of Missouri in St. Louis was somber. Then some of the suburban and urban counties of Kansas City and St. Louis started to deliver partial returns. Our numbers started to climb, and the mood in the room turned to one of nervous excitement. Vote by vote, we were closing the gap.

The anti-Prop B coalition’s lead shrank to 80,000 votes, and at that point, we thought we just might be able to do it. I felt a grave sense of responsibility to the dogs languishing at the thousands of mills in the state, and I knew how much was at stake. Then the gap narrowed even more. After a few hours, the website refreshed and we were within 21 votes of our opponents with 1.75 million votes counted. We were crunching the numbers, looking at percentages and expected turn-out numbers, and we soon realized that we were on a trajectory to win — and therefore the dogs were on the same trajectory. The “yes” votes passed the “no” votes by a few thousand. Then our lead climbed to 30,000. I then took the podium and told the crowd that our campaign was declaring victory. The room exploded. By the end of the night, our lead was 60,000 as the last precincts trickled in. 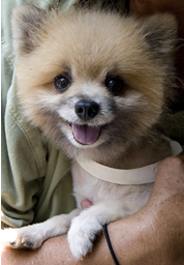 It was 12 years ago that we used the initiative process to outlaw cockfighting in Missouri, and to start a national wave to outlaw that execrable practice everywhere and to make it a felony offense at the federal level. I had that same feeling of the start of a wave last night — this was the first-ever ballot initiative on this particular form of animal cruelty, and it marked a turning point in the effort to rid the nation of abusive, overcrowded, squalid puppy mills that treat the breeding moms like machines and the puppies like a cash crop.

As the returns came in from Arizona, showing us handily defeating an NRA-backed measure to take away voting rights and block future animal protection initiatives, we learned again that our cause can prevail even in the face of a strong headwind and with determined and well-financed opponents.

In Missouri, there was a rural/urban divide, not seen in many of our other successful ballot measures, including Prop 2 in California two years ago. The Missouri Farm Bureau and other opponents were responsible for this. They told the public a series of untruths — mainly, that Prop B had a hidden provision to end all animal agriculture. Some of the most vociferous of our opponents even said Prop B was a formula for ending pet ownership. Those arguments gained some level of traction, but they were built on a series of false claims.

We will reach out to rural voters in Missouri, and show them that these were false statements and characterizations. We want everyone in Missouri and all the people of the nation to stand with us for animal protection. This is not a Democrat or Republican issue, not an urban or rural issue, not an us versus them issue — rather, it is an issue of decency. It’s a cause every good person should associate with and embrace because it is right and proper and upholds the highest standards for human conduct toward other creatures.

We’ll work hard to deliver that message. These political victories are mightily important, but in the end, we want to change all hearts and minds, not just convince a simple majority of citizens in the voting booth.

4 thoughts on “Wayne Pacelle: Back from the Brink in Missouri: Prop B to Bring End to Puppy Mill Cruelty”