“Presidential candidate Palin”, three years to get used to it

She's running. You betcha. I heard her come close to saying it outright today. I wasn't drunk and I assure you I'm not delusional. Gov. Sarah Palin all but announced  her bid for the Republican nomination for 2012. I don't see why the CNN commentators seemed so befuddled as to her reasons after the announcement unless they'd had one too many martinis at lunch.

She’s running. You betcha. I heard her come close to saying it outright today. I wasn’t drunk and I assure you I’m not delusional. Gov. Sarah Palin all but announced  her bid for the Republican nomination for 2012. I don’t see why the CNN commentators seemed so befuddled as to her reasons after the announcement unless they’d had one too many martinis at lunch.

Maybe if I was inebriated I would have heard her fractured or folksy speech (depending on your bias) as something else. I can’t imagine what. Why else would she resign?
It’s certainly not the first reason she gave, one I think will be lost on most people. She said it was because she didn’t want to be one of those lame duck governors who have lots of fun, take all kinds of junkets, milking their paycheck, and shortchanging the state as if that’s what all lame duck governors do. (See the video here.)
Then she said could do more outside of the governorship where she’ll have "more freedom to progress". Sounds to me as if she’s saying she needs the freedom to progress to the presidency.
She said she’s going to take what she calls an unconventional path. Running for president as a former small town mayor and the less than one term governor of a small state is certainly unconventional. Preisdent Obama’s path to the presidency wasn’t conventional, so perhaps he’s proved to her that without the impediment of that 72 year old guy and the pests from the RNC, nothing can stop Sarah Barracuda .

She said "only dead fish go with the flow" which is great imagery for a campaign ad. Picture the Alaskan salmon fighting their way upriver to spawn.  Uh-oh, better not go there…
If this doesn’t sound like a proclamation of her candidacy I don’t know what does:

… you’re naive if you don’t see the national full-court press picking away right now: A good point guard drives through a full court press, protecting the ball, keeping her eye on the basket… and she knows exactly when to pass the ball so that the team can WIN. And I’m doing that – keeping our eye on the ball that represents sound priorities – smaller government, energy independence, national security, freedom! And I know when it’s time to pass the ball – for victory.
—
I do not want to disappoint anyone with my decision; all I can ask is that you TRUST me with this decision – but it’s no more "politics as usual".

She quit because this will enable her to help all Alaskans, and our troops overseas (reminding us she just visited Kosovo) and, of course help everyone who would love to have been among all those well-scrubbed white Americans surrounding her on her lakeside lawn and getting Sarah hugs on the CNN live feed.
How else can Sarah save the real America except by becoming president?
She can’t be encumbered by something as boring and obscure as governing a state where the legislature only meets for only 90 days.
First, she needs to make money. She has to pay off the half million in legal bills she and husband Todd have. Then she can  use the rest for her campaign. I envision a book unlike any politician’s book in history because it will be the must have Republican coffee table book. It will have pages and pages of glossy color photos,

… and lots of flags and flesh.
It will outsell the Madonna Sex Book. 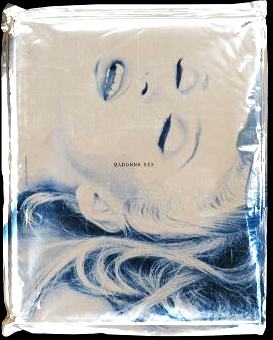 Thank goodness she’ll be in the national spotlight.
Huckabee and Romney are boring.
I was running out of ideas for columns about interesting Republicans.
.

36 thoughts on ““Presidential candidate Palin”, three years to get used to it”